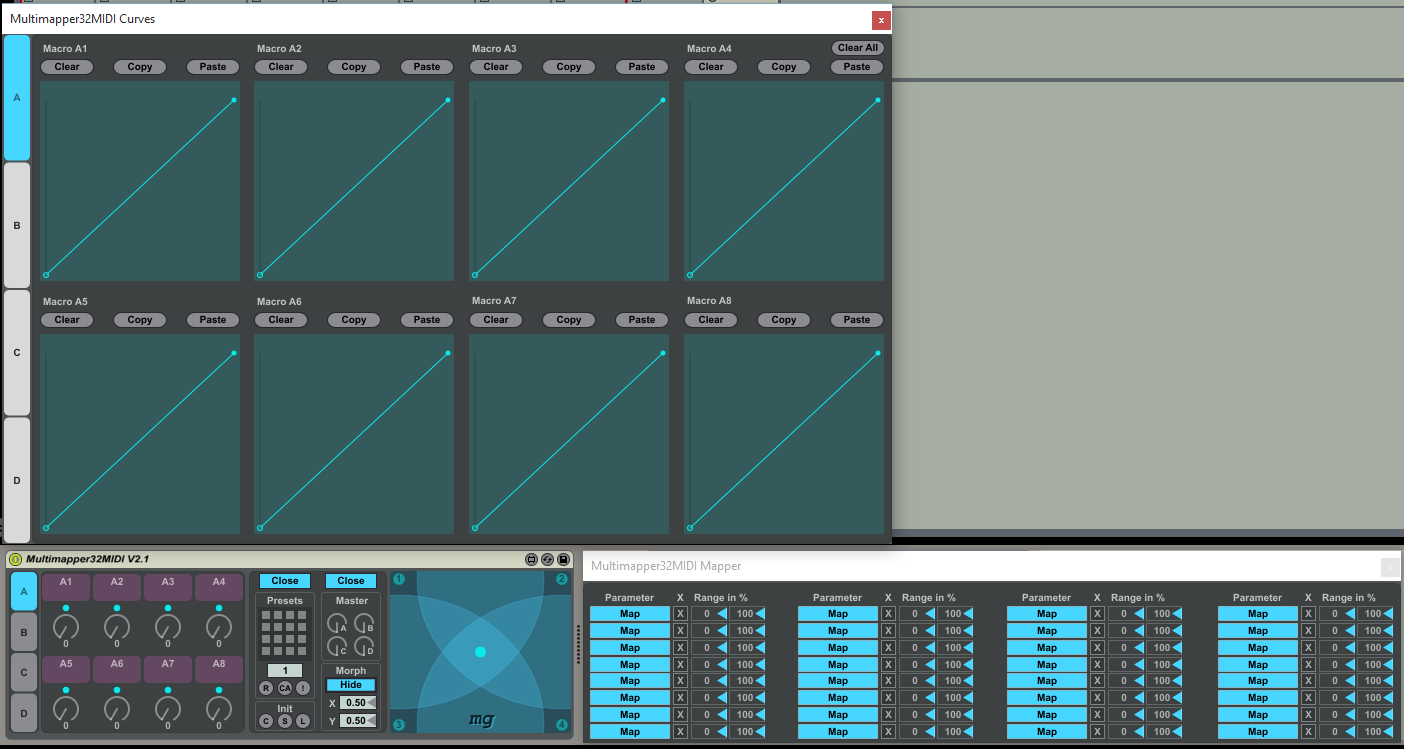 A 32 dial version of my MultiMapper device with tabbed UI. This is a m4l MIDI device, so you can put this as the first device in a MIDI track.

Map any midi-mapable control to the dials. You can save and randomize presets as well as morph the first four presets with an x/y pad.

V2: BIG UPDATE! Added curves for each dial, which you set in the "Curves" window. Clear, copy or paste them or clear them all. Added a "Master Dial" for each bank, which turns all eight dials at once. Added a reset button "!" to set the whole device back to its initial state.

V2.0.1: Fixed a bug where the curves weren't saved with the Live set.

V2.1: The button above each dial lets you set the current setting as an individual Inital value. So if you hit the DEL key on your keyboard the dial resets to this value. Bugfix for "Init" settings. UI cosmetics.

Credits:
Part of the x/y code from XY Send Nodes revised by cosmoddd.